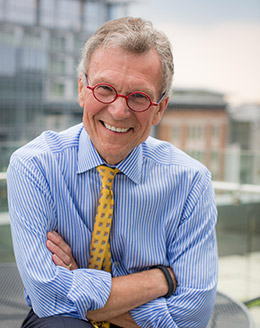 Senator Daschle is the Founder and CEO of The Daschle Group, a Public Policy Advisory of Baker Donelson. The Daschle Group is a full-service strategic advisory firm that advises clients on a broad array of economic, policy and political issues.

Senator Daschle has participated in the development and debate of almost every major public policy issue of the last three decades. In 1978, he was elected to the US House of Representatives, where he served for eight years. In 1986, he was elected to the US Senate and was chosen as Senate Democratic Leader in 1994. Senator Daschle is one of the longest serving Senate Democratic leaders in history and one of only two to serve twice as both Majority and Minority Leader.

During his tenure, Senator Daschle navigated the Senate through some of its most historic economic and national security challenges. In 2003, he chronicled some of these experiences in his book, Like No Other Time: The 107th Congress and the Two Years That Changed America Forever. In the 2013 release of The US Senate: Fundamentals of American Government, Senator Daschle explores the inner workings of this important part of the legislative branch.

Since leaving the Senate, Senator Daschle has remained an active and learned voice among policy-makers. As a well-known expert on health policy reform, he has written two books: Critical: What We Can Do About the Health-Care Crisis and Getting It Done: How Obama and Congress Finally Broke the Stalemate to Make Way for Health Care Reform.

Senator Daschle has also emerged as a leading thinker on climate change, food security and renewable energy policy. He serves on both advisory and governing boards of a number of corporate and non-profit organizations and currently co-chairs The Cuba Consortium, an organization dedicated to an improved relationship with the people of Cuba.

In 2007, Senator Daschle joined with former Majority Leaders George Mitchell, Bob Dole and Howard Baker to create the Bipartisan Policy Center, an organization dedicated to finding common ground on some of the pressing public policy challenges of our time. Senator Daschle is Chair of the Board of Directors at the Center for American Progress and Vice-Chair for the National Democratic Institute. He serves on the board of Edward M. Kennedy Institute and the LBJ Foundation. He also is a member of the Health Policy and Management Executive Council at the Harvard School of Public Health and the Council of Foreign Relations.

Born in Aberdeen, South Dakota, Senator Daschle attended South Dakota State University, graduating in 1969. He then served for three years as an intelligence officer in the US Air Force Strategic Command. Following his military service, he spent five years as an aide to South Dakota Senator James Abourezk. After leaving the Senate in 2005, Senator Daschle joined Alston & Bird LLP as a special policy advisor and then went on to work in the same role at DLA Piper before establishing The Daschle Group in 2014.

He is married to Linda Hall Daschle and has three children and five grandchildren.

PREV
BACK TO TOP
NEXT